The place for historical fiction authors to

Who is this mysterious man?

He is just a dude who wishes he lived in Ancient Rome. Angelus is crazy about everything Roman to the point where he named himself based on a Pleb who might have lived during Roman times. He got attached to Roman history at a young age when he was exposed to non-fiction books about the wonders of the Roman Empire. When he’s not writing, he likes to watch YouTube videos and read books about Ancient Rome. Another time period that he’s fascinated with is the bronze age, he plans to do another series set in the mysterious bronze age.

Since he couldn’t afford a time machine, he decided to write a series in the LitRPG genre. He is a huge Caesar 3 fan along with the Age of Empires game series and wanted to combine the two into a novel. For those unfamiliar with the LitRPG genre, it’s basically a book written like an RPG video game to put it simply.

The first book in his series, The Great Centurion: Punic Wars will be coming this fall. It will have city building, land battles, a Roman who becomes an honorable general, naval battles, and even a bit of fun with women in togas.

Blurb for the upcoming book, The Great Centurion: Punic Wars

A LitRPG set on the Dawn of the Second Punic War. Legions and Elephants are only the beginning!

In the classical age of the Roman Republic, Victor Maximus a young roman is determined to be the next legendary soldier. Through determination and grit, he has impressed his superiors and becomes a great Roman general.

Victor finds himself in the middle of the Second Punic War between Roma (Rome) and Carthage, a period where the elephant riders have become hostile and threaten to break the peace treaty from the First Punic War. He’ll have to quickly hone his skills as a general, gain experience, and improve his abilities.

Victor will have to use the spoils of war to improve his arms and armor, construct forts, manage settlements, and lead his armies to victory while having to tread the borders of the Roman Republic. If he doesn’t succeed, he and his people may find themselves under the foot of a Carthaginian Elephant. Leading armies on land and epic naval battles, Victor will have to juggle everything along with his desire to make some fine female friends. That is despite the lovely women being in enemy lands and having to break the code of ethics set in Rome, by the Senate.

Prepare yourself for a story of the rough life of a Roman general as he becomes, The Great Centurion! This is a LitRPG set in the real world. As Victor will learn, not every battle is winnable, and being a general isn’t always glorious! There is a moderate to high amount of sexual references. This book is set in real life and the consequences are all too real.

Antonius: Son of Rome – winner of the 2019 Gold Medal for the Best Historical Fiction from The Coffee Pot Book Club.

Brook has a passion for ancient history–especially 1st century BC Rome. Her current work is a trilogy on the life of Marcus Antonius–Marc Antony, which she has worked on for the past fourteen years. The first installment, Antonius: Son of Rome was published in March 2019. It follows Antony as a young man, from the age of eleven, when his father died in disgrace, until he’s twenty-seven and finally meets Cleopatra for the first time. Book two, Antonius: Second in Command, will be published this fall and will detail Antony’s rise to power alongside the notorious Julius Caesar.

In researching the Antonius Trilogy, Brook’s travels have led her to Italy, Egypt, Greece, and even Turkey to explore the places where Antony once lived, fought, and eventually, died. While researching abroad, she consulted with scholars and archaeologists well-versed in Hellenistic and Roman history, specifically pinpointing the late Republican Period in Rome. Brook belongs to the Historical Novel Society and attends conferences as often as possible to study craft and meet fellow authors. Though she graduated from Asbury University with a B.A. in Music Education, Brook has always loved writing. She completed a Masters program at Hollins University with an emphasis in Ancient Roman studies, which helped prepare her for authoring her present works.

Brook teaches full-time as a Music Educator and works in a rural public-school district near Roanoke, Virginia. Her personal interests include travel, cycling, hiking in the woods, reading, and spending downtime with her husband and two amazing Labrador Retrievers. She lives in the heart of southwest Virginia in the scenic Blue Ridge Mountains.

Blurb: Marcus Antonius has it all—power, prestige, a heroic military reputation, and the love of Queen Cleopatra. But as master of Rome’s Eastern provinces and kingdoms, he must maintain peace, and in so doing, he sacrifices his own happiness, yoked within a loveless marriage and an eroding alliance. As Octavian’s star rises, Marcus must compete with his rival’s success, though it leads to an embittered struggle threatening to end their unity.
Once Marcus finally takes matters into his own hands, his fate becomes tied to the East—and Cleopatra. Far from Rome and his seat of power, a horrific campaign to fulfill Julius Caesar’s vision will forever alter him. He is a man torn between two countries and two families, and ultimately—a soldier fated to be the catalyst transforming Rome from Republic to Empire.

Chrystyna Lucyk-Berger is an American ex-pat living in western Austria (“cows, not kangaroos”). Her first trip to South Tyrol over the Reschen Pass included the discovery of a medieval church tower sticking out of the water off the shore of the reservoir. She knew she had a story she had to write. What was beneath the lake? It took her some ten years to learn enough German to start the research for the Reschen Valley series – a story of corruption, greed and prejudice, but also of a fierce love for homeland and community. The Reschen Valley series consists of six books. Four are published  (including a prequel) and the next one, Two Fatherlands, is now on pre-order. Her last book in the series will deal with the South Tyrolean Freedom Party in the Sixties; one could say an Austro-Italian version of the IRA.

How do you take a stand when the enemies lurk within your own home?

1938. Northern Italy. Katharina, Angelo, and Annamarie are confronted by the oppressive force created by Mussolini’s and Hitler’s political union. Angelo puts aside his prejudices and seeks alliances with old enemies; Katharina fights to keep her family together as the residents in the valley are forced to choose between Italian and German nationhood with neither guaranteeing that they will be able to stay on their land, and Annamarie finds herself in the thick of a fascist regime she thought she understood.

By war’s end, all will be forced to choose sides and none will escape betrayal.

All reviews are given at my discretion, unsolicited and honest.

5-star reviews are automatically entered in the end-of-the-year Book Awards.

If I deem a book 3-star or below, I will contact you before posting on my site, Goodreads, Netgalley, FB, Twitter, or elsewhere. You have the option to request not posting.

Come join us at The Historical Fiction Book Club to share blog posts, historical content, videos, chat with other authors and readers, contests, and more! (Click on picture) 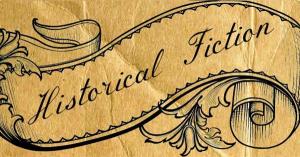 A place for Historical Writers to share strengths, and learn new skills so that we can ask for help in improving the quality of our writing in a safe supportive environment. Come join us! (Click on picture)

Looking for a New Author? Check out these:

Begin typing your search above and press return to search. Press Esc to cancel.